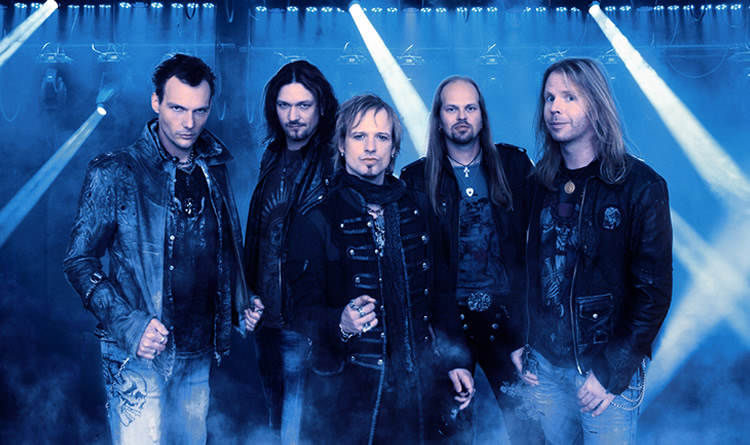 The Defenders Of The Heavy Metal Crown are back!

After more than two million discs sold with a usual entry in the Top-10 album charts and sold out shows and headlining tours in 39 countries all over Europe, America, Asia and Australia, Germanys most different are back with a vengeance with their tenth studio album Space Police.

From Donington to Tokyo, Los Angeles to Rio de Janeiro: in the last 15 years they literally played every significant Heavy Metal stage around the globe.

When Heavy Metal was pronounced dead in the early nineties, a bunch of German kids set out from the middle of nowhere to fight all odds and in doing so conquered the hearts of a whole new generation of fans around the globe.

Never trying to live up to expectations of the music industry, press and fans alike, Germanys most successful nineties born Heavy Metal act, paved their way by designing their own cosmos - defined by authenticity, tongues that are firmly planted in cheeks and last but not at least their ongoing love for guitar-driven anthemic powerful music; beyond trends and the pigeonhole of the Heavy Metal archetype.

22 years later, on their tenth album Space Police (produced by Sascha Paeth at Gatestudio Wolfsburg) Edguy continue to make things their way. No other band in the universe could do an authentic cover version of the Falco classic Rock Me Amadeus, put it next to the heaviest Power Metal material the band has ever written, sum things up with the self-indulgent anthem Love Tyger and: Get away with it...

You throw in a lot of Metal, heavy guitars, fast drums, catchy melodies, an Austrian Falco cover version, some flamboyant Glam elements, write 9-minute Zeppelinesque epics about the immortality of the soul and then muse over the love-drive of cave-people, you stir it up, record it and put an Evel-Knievel-hotshot-Space-Cop on the cover.

Et voilà: You have an album that every band would be torn to peaces for; unless the band is named Edguy- then its a classic, a perfect killing machine, an exploration of places that no reasonable band would ever dare to go, unless you're equipped with sabre, torch and the balls of a Diplodocus; and you take into consideration to just not give a fuck at all. NOW THATS METAL!